The church is located in the district (the country`s lower east side) where, in ancient times, there were two of the main doors of access in Nicosia:

The church became a parish in the fourteenth century; the archbishop of Messina, Msgr. Manfiolo, in 1388 awarded her two chaplains and, for lack of monks, then the church was entrusted to the secular clergy, as deduced dall`explicit Gothic Missal (written in 1346).
In 1511 the card. Isvalios, assigning 14 chaplains to Matrice of S. Maria Maggiore, there are included the two St. Michael was left "in comunia united and connected with St. Mary": his parish was part of the Chapter of the Collegiate until its suppression.

The church has all`esterno two of the original three round apses and, facing south, the main façade with l`antica staircase, d`ingresso portals and the fifteenth-century bell tower with three floors, with pointed windows (being perennial restructuring) .The facade dates back to the eighteenth century, when it was shot down on the porch that opened the entrance, the church was added arch and the sacristy was joined to the bell tower. 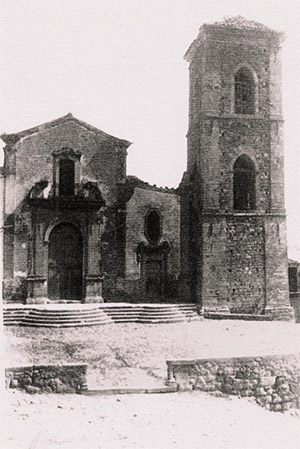 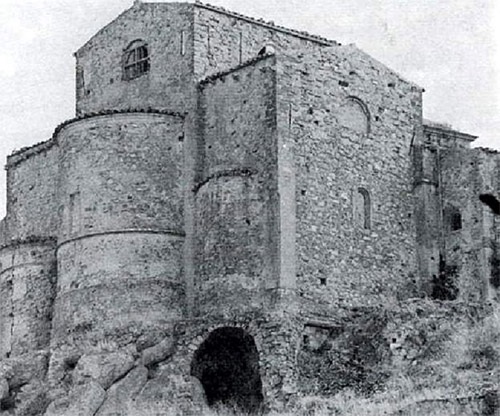 The interior, despite the renovations in 1574, retains the original shape of a basilica with three naves: ten columns in white stone, resting on tall pedestals, supporting the pointed arches dual-beam, on which rests the roof trusses; the arches on the right are rounded corners, those on the left have the edges twisted rope and, on the arc greater than closes the center aisle, opens the canopy.

The dome, in the center of the transept, majestic makes the round apse, whose basin was painted a Christ Pantocrator, restored for the first time in 1900 and then guiltily "crumbling" in 1970 during a second remake.

In the right aisle are placed:

- A painting of the Madonna of the Rosary and St. Catherine;

- A painting of the Virgin Mary and St. Michael in front of the symbol of the Eucharist;

- A painting from Nicosia Mirabella (1600) depicting St. Francis of Assisi and St. Clare;

- A painting of St. Isidore, Portuguese farmer, painted while praying instead of plowing the land, despite the reproaches of the master, with an angel who works at his desk;

- Another painting always depicts S. Isidoro, with a spear, makes water gush from a rock.

In the left aisle, there are: 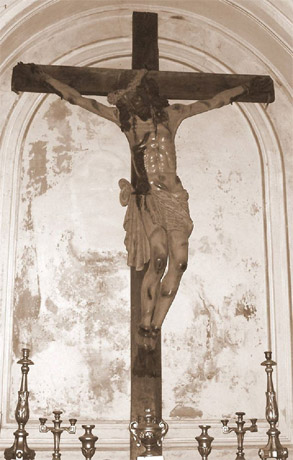